Calving season finally came to an end after the past few months. We had the last calf of the 2017 spring calving season on Friday. In all we had 23 babies since January, and will have another round of 40 fall calves starting in September.

New life is such a beautiful thing. Every morning Jerry gets up and checks his herd. He salves for his cattle all year; building fences, feeding hay & mineral & moving them to pastures, corn stalks and back again.

We also bought a new bull in March. He got turned out with the heifers on cornstalks April 2nd to make some babies. We’ll be busy with the future round of calves next January 11th. Sometime between now and May 10th we’ll vaccinate all the calves and turn them out onto grass for summer grazing. 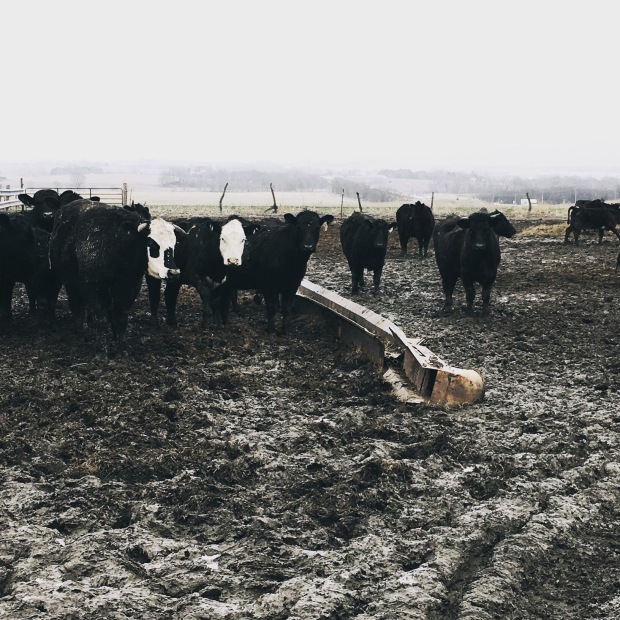 Jerry picking out our new bull